all about Black Storks

by JUSTYNA - thanx for sharing, great! 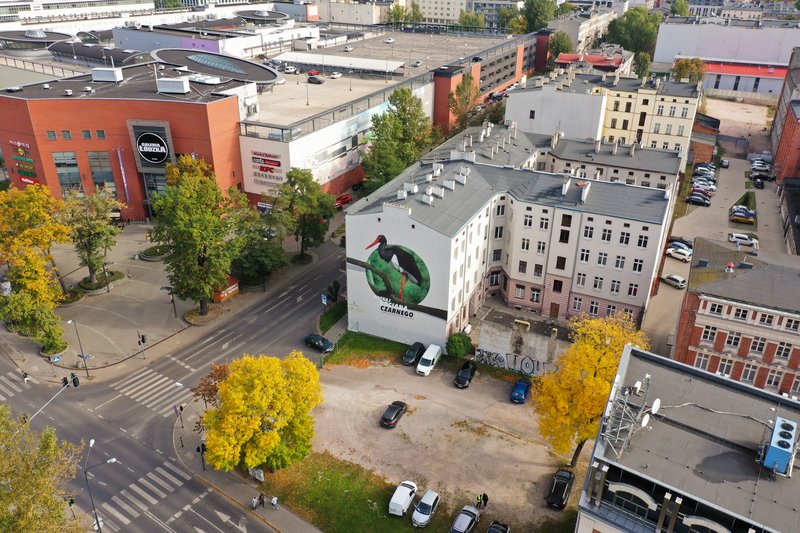 by MADLI - thanx for sharing

Czech black stork shot down: During our operation in Lebanon, our teams have collected numerous receipts for the mass launch and catch of European migratory birds in the last few weeks. Among them is the history of black stork ′′ 62U7′′ hatched in summer 2010 as a young bird in a nest in Bohemia (Czech Republic) and marked there by ornithologists with a color ring with the signature ′′ 62U7′′ Since then, the stork has commuted at least nine times between its breeding area and its African winter quarter, probably travelling more than 100.000 kilometres. According to the Czech Ringing Center, the last sighting of the stork took place in central Bohemia in September 2019, after which it lost its track. Two years later, in September 2021, our team in Lebanon will receive photos from the home of a preparator. On this is Stork 62U7, still with his leg colour ring, stuffed as a hunting trophy. The fate of the magnificent stork is not an isolated case. An evaluation of more than 500 ring finds carried out on behalf of the committee shows migratory birds from a total of 28 countries are affected by illegal hunting and catching in Lebanon. The study will soon be published in the journal ′′ Sandgrouse ′′ published by the Ornithological Society for the Middle East (OSME). 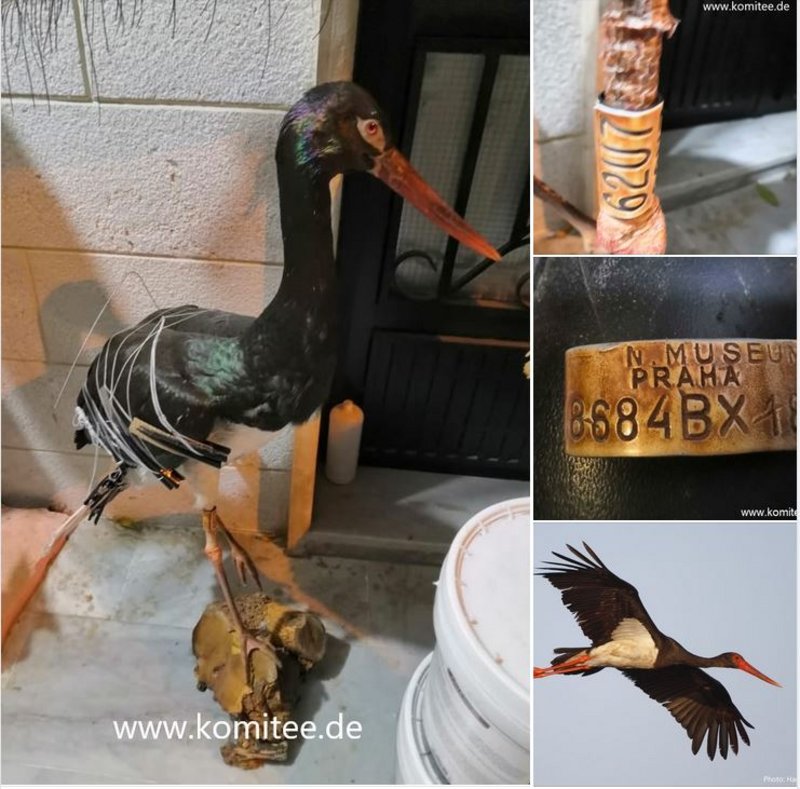 The Monitoring of Black Stork Nesting Success has been Completed

"... any unsuccessful eggs are also collected for their further chemical analysis
... The information that has not been analysed yet shows quite different nesting successes in different regions of Latvia. Often 3–4 young storks were found in the nests.
... Monitoring of nesting population and nesting success is carried out in order to plan appropriate conservation measures and assess population trends, which have been negative in recent decades."

ESTONIA
In Estonia, every year, volunteer campaigns are held to help and clean the forest rivers - potential black stork feeding places around their breeding grounds.
https://talgud.ee/talgud/tehtavad-tood/must-toonekurg

I'm signing up, too

Hi Madli,
that is great. I'm looking forward to all the news about black storks, which you will probably find out in addition to the work.
Top

Although the number of black storks in Estonian forests is declining, other species may also benefit from the nature reserves established for their protection, it became clear from the research carried out under the leadership of researchers at the University of Tartu, professor Asko Lõhmus.

As the black stork is not doing well, the researcher says there is a practical problem with what to do with nature reserves established for the black stork. "The starting point of our study was that the black stork is a part of the community. In terms of modern nature conservation knowledge, it is also important who the other species live in this community," said the professor.

Lõhmus explained that places that have been protected for decades may have become what they are, precisely because of the protection of the black stork.

In the course of the study, species living in nature reserves created for black storks were mapped. "The short summary is that in absolutely all surroundings of the black stork's nest, where the stork no longer lives, at least about a dozen species of nature conservation remarkability live," Lõhmus noted.

The professor emphasized that before the exclusion of black stork protection areas, an inventory of known species groups should be made there. This helps to avoid a situation where the only locality of some species in Estonia may be lost.
Top

The Black Stork is a protected bird species with a rapidly declining number and very poor reproductive success, which is in great danger of extinction in Estonia. A study commissioned by the Environmental Board revealed that one of the factors causing the poor fertility of the black stork may be the high level of mercury in the blood of birds, which is likely to enter it through food.

Lots of mercury in the body

Surprisingly high levels of mercury (Hg) were found in the blood of the birds studied, especially in old birds. Mercury is an accumulating pollutant in the body that has many negative effects, causing changes in behavior, but also lower fertility and a weaker immune system. Mercury enters the black stork's body primarily through the fish it feeds on.

It is not known where black storks eat mercury-rich fish or other aquatic organisms. This can also happen during migration or wintering areas.

Leeches in the oral cavity and esophagus

In addition, a parasitic cover was found in all young birds in the oral cavity and esophagus, which sucks the bird's blood and can cause anemia, ie a lack of red blood cells.

Red blood cells are responsible for transporting oxygen in the body and are important for the successful migration of birds to the wintering grounds. One of the recommendations of the study was to check the oral cavity of the chicks in the future and to administer an oral medicine that helps to get rid of the leeches.

"It is certainly useful to continue monitoring the health of storks and to find out where mercury enters birds. To do this, it may be necessary to include non-migratory species similar to black storks in their habitat and behavior. This would help to determine whether mercury enters birds from Estonia or elsewhere. "said Madis Leivits, a veterinarian at the Estonian University of Life Sciences.
Top

You have already mentioned once that the condition of black storks has not improved in spite of everything. Why is it like that?

We have protected habitats for black storks and all the prerequisites for population growth (recovery) seem to exist, but for some reason there are no birds. While in the early 1980s 250 pairs of black storks nested in us, in the last thirty years the number has dropped to 60-90 nesting territories, many of which are fed only by a single bird. We just don't have females for black stork males. It is known that if one third to one half of males do not have a pair, it affects the population badly. This is practically the situation with black storks. In fact, individual males are already disappearing.

Our black stork population is not isolated from Latvian and Russian species. At the same time, we have not found any storks with a Latvian ring nesting here, and Estonian storks have not been seen nesting there either.

We have not been able to find out why we are short of females. Although there are equal females and males among the chicks, the daughters still disappear somewhere. It is not known whether they die more than males for various reasons.

To be continued...
Top

We once discussed with a Latvian colleague what the difference is between the storks in our region and Western Europe. After all, our birds must have a problem that their numbers do not grow as in Western Europe, where nests are busy and breeding is successful. We used to have a better situation compared to Western Europe, but it has become poor. We hypothesized that there may be a link to the Chernobyl disaster, given that the species began to decline in the 1990s. During the autumn migration, they make their first stop at a distance of 1,500–2,000 kilometers from Estonia, in a place that is not far from the city of Prõpjat. However, the radioactively contaminated area of ​​Chernobyl lies 500 to 600 kilometers east of the stork stop, where birds do not normally go, and the birds should not be affected by the contamination.

But it is also possible that the infamous insecticide DDT, which is still used in Africa, plays a role in the disappearance of females. Its effects are more pronounced in females.

More broadly, it is known that the Sahara desert expanded by 10% in the last century, which means that it is becoming increasingly difficult for black storks to cross it during migration. Female birds are generally smaller and may no longer tolerate crossing the Sahara without food in between. Western European black storks travel to Africa via the Straits of Gibraltar and Morocco. On this journey, the Sahara is not as wide as the path of our black storks. In addition, a large proportion of black storks in Western Europe will spend the winter in Spain's large rice-growing area, where a species of crab that storks feed on has begun to grow as an alien species.
Top